Thanks for subscribing! Please check your email for further instructions.

Something went wrong. Please check your entries and try again.

Thank you NASM for this clear outline for the steps to behavior changes.  Sharing what I learned in the personal trainer’s course. 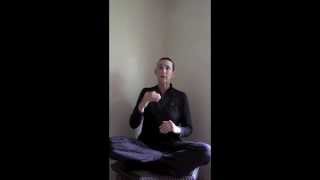 Most of us are looking for ideas for motivation.  Here is one idea that applies to more than fitness.  Let me know what works for you?
Fending off fitness fatigue
Chicago Tribune
But fitness experts say there are specific tricks to help people get and stay motivated. Connecticut-based exercise physiologist Tom Holland, who has coached clients on everything from losing weight to climbing mountains to running marathons, …

Connecticut-based exercise physiologist Tom Holland, who has coached clients on everything from losing weight to climbing mountains to running marathons, said set a date.

“We need clear, defined goals,” he added. “A new year’s resolution or a desire to lose weight is not enough.”

And if the goal is big, cut it down to size.

Sometimes, he said, the trick is to get their minds off what they’re doing.

“If the goal is weight loss, it helps to take the focus off weight loss,” he said. “See what gets clients excited, and get them so engrossed in the workout that it just happens.”

If the goal is running, Holland will often run with them.

“You can’t motivate, but you can provide incentives,” said Holland, who has a degree

in sports psychology. “The science lies in finding a goal that is challenging but not too challenging.”

director of the Equinox Fitness Training Institute, Geralyn Coopersmith is in charge of training the personal trainers for the Equinox chain of fitness centers. She said it’s not motivation that trips people up.

“People are motivated when they put on a bathing suit that doesn’t fit,” said Coopersmith. “We’re about giving them measurable goals and small changes in habit.”

She recommends that trainers add something to a client’s routine every week.

“Maybe it’s just drinking more water every day, or spending an extra 15 minutes on a treadmill,” she explained. “We’ll also ask clients how likely they are, on a scale of one to 10, to do it.”

Variety is the spice of workout enthusiasm to Santa Monica, California-based group fitness instructor Amy Dixon, creator of the “Give Me 10” and “Breathless Body” DVD series.

“Don’t go to the same class

a week is the norm, she advises dropping one and adding another every seven days.

“I love seeing my regulars in other peoples’ classes,” she said. “As a teacher

I know it’s important to do.”

For good old fashioned motivation, Dixon said, the dynamic of a group fitness class is a powerful thing.

“The collective energy drives you, keeps you motivated, and gives you that little extra oomph.”

Jessica Matthews, an exercise physiologist with the American Council on Exercise, suggests scheduling a workout time like an important appointment.

“Research has shown it takes 21 days to establish a habit,” said Matthews, who is based in San Diego, California.

She said being in a class is a huge draw for some people, because they make friends and are expected at a certain time.

“It depends on what resonates with you,” Matthews said. “The options for physical activity are pretty much limitless.”